Eritrea expels the Head of the UNMEE Mine Action Coordination Centre

On 16 March 2007, the United Nations Mission in Eritrea and Ethiopia (UNMEE) received a communication from the Eritrean authorities informing the Mission of the Government's decision to request Mr.

06 Jun 2008
International Day for Mine Awareness

Asmara, 4 April - The International Day for Mine Awareness and Assistance in Mine Action was commemorated at a colorful event at the Expo site in Asmara, Eritrea's capital city today.

United Nations, 29 May - The fifth annual International Day of United Nations Peacekeepers was commemorated in peacekeeping missions and UN offices around the world today. This year's commemorative ceremonies come at a time when the services of UN peacekeepers are in greater demand than ever.

New York, 30 July - The UN Security Council today, unanimously agreed to extend the mandate of UNMEE for another six months, to 31 January 2008.

New York, 13 November: The Security Council today urged Ethiopia and Eritrea to implement without delay a 2002 ruling on the delimitation of their common border. The 15-member body stressed the need for a peaceful settlement and urged the parties to take concrete steps to

New York, 7 November: Continuing tensions between Ethiopia and Eritrea, and the military build-up along their common border are causes for serious concern, Secretary-General Ban Ki-moon states in his latest report to the Security Council.

New York 10 December: The Universal Declaration of Human Rights turns 60 today. To mark this anniversary, UN Secretary-General Ban Ki-moon has launched a year-long campaign to emphasize the importance of "Dignity and Justice for All".

New York, 19 December 2007 – United Nations staff in New York, led by Secretary-General Ban Ki-moon, honoured the memory of colleagues who died in the 11 December terrorist attack in Algiers with a silent march in front of the world body's Headquarters.

New York, 21 December: UN Secretary-General Ban Ki-moon flew 125,000 miles and made 57 official visits to more than 120 separate cities and locations in 39 countries or territories during his first 12 months in office. His travels in 2007 covered six continents

New York 7 January: UN Secretary-General Ban Ki-moon has expressed hope that 2008 can be the year of the "bottom billion."

"That's the phrase some economists use to describe the poorest of the world's poor," he said in during his first Press Conference for the New Year. 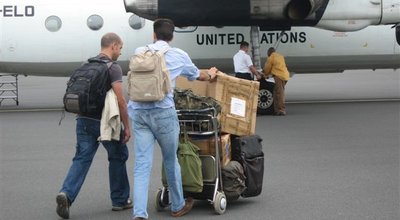 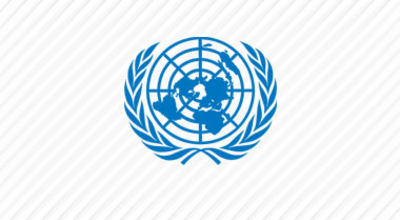